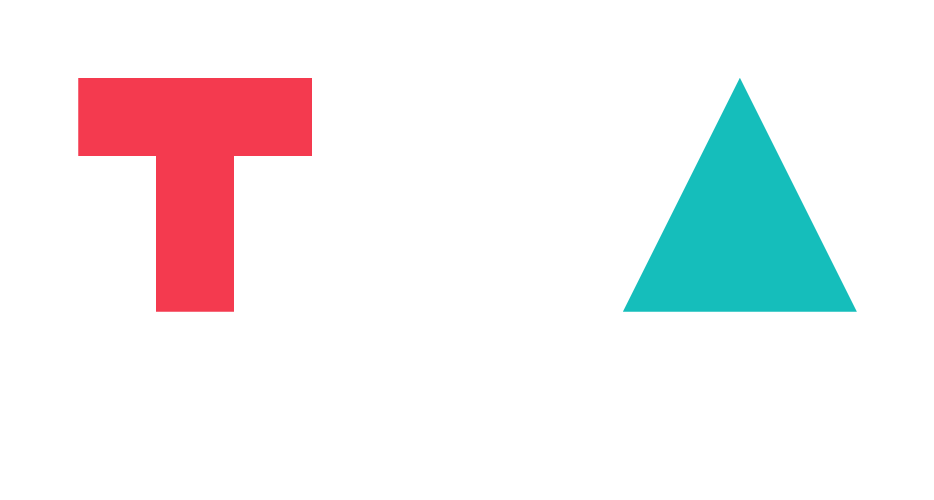 Tech Open Air (often abbreviated as "TOA") is an annual interdisciplinary technology festival that takes place in Berlin, Germany. The main concept behind Tech Open Air is to bring together the areas of technology, music, art, and science by providing a platform for multi-disciplinary knowledge exchange, collaboration, and development. Tech Open Air gathers a number of influential speakers, entrepreneurs, artists, scientists, start-ups, and attendees from Germany and 40+ other countries.
Ref. https://en.wikipedia.org/wiki/Tech_Open_Air (Accessed 2016-AUG-1).

Why we got to go

The festival usually costs about €400+ to attend. Lucky for us, they were offering 100 free tickets this year, to a fortunate few. For some strange reason, all the planets must have aligned while the gods did their thing, because we received an email telling us that we had been chosen to attend as free guests.

Being that we are in the process of moving to Berlin anyway, it seemed like the perfect way to explore the city in a different light than we were used to.
The festival itself is a three-day festival with a fixed conference during the day, and a number of satellite events all over Berlin.
This meant that we were able to pick the events that were most relevant to us and then roam the city to FIND these events. The satellite events were pretty much spread out all over town!
This meant that we got to see parts of Berlin, which we normally would never have even thought of visiting.

Playing with Virtual reality and ipads

The conference itself was quite interesting. There were speakers on all different subjects. There was everything from planning privately funded trips to the moon, to technical innovations in visual and audio technology. In fact, it seemed that Virtual Reality was a common theme at the festival. There were a number of stations that were showcasing Samsung’s new VR sets, as well as HTC Vive set-ups where the headsets were being used to make art and music. That was quite interesting, and naturally we couldn’t pass up the opportunity to try some of these programs out.
Mads was the primary guinea pig for the VR, where he tried to create art in a virtual 3D world, drove a race car, and even made music by bouncing virtual balloons in the virtual air. It was quite an experience! ...and quite a sight!

We were also invited to a Satellite event where they were introducing new and innovative interfaces for music creation on iPads. Now, usually you would associate such a program as a kind ‘toy’, not really to be taken seriously, but some of the tech they presented was genuinely amazing. It would absolutely be something we could use ‘in the real world’, and could especially be conducive to the creative process. It was incredible to see how the minds of the creators of such technology actually work behind the scenes. We are so used to simply pulling up a plug-in on our computers, but so rarely think about how much effort actually went in to developing these programs. 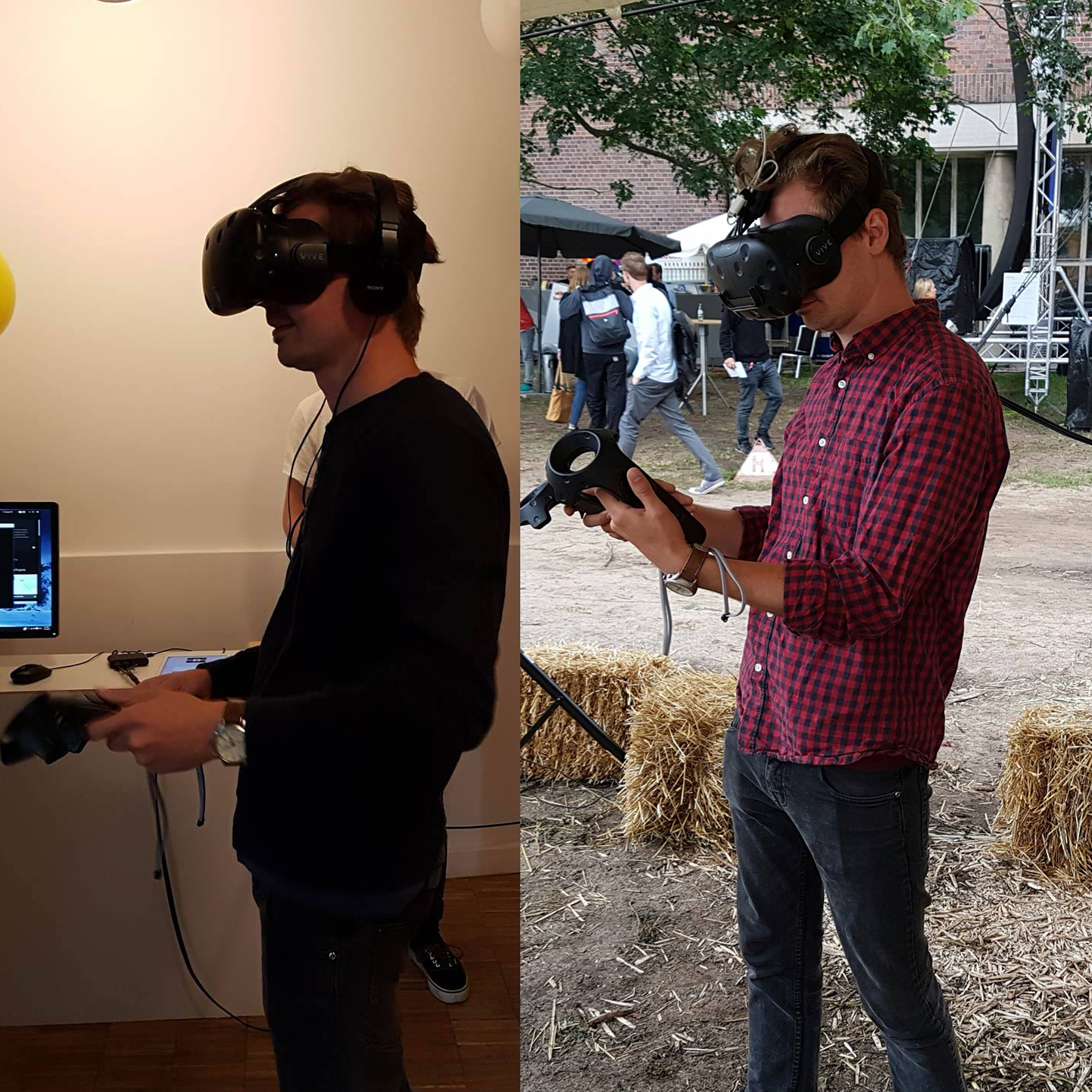 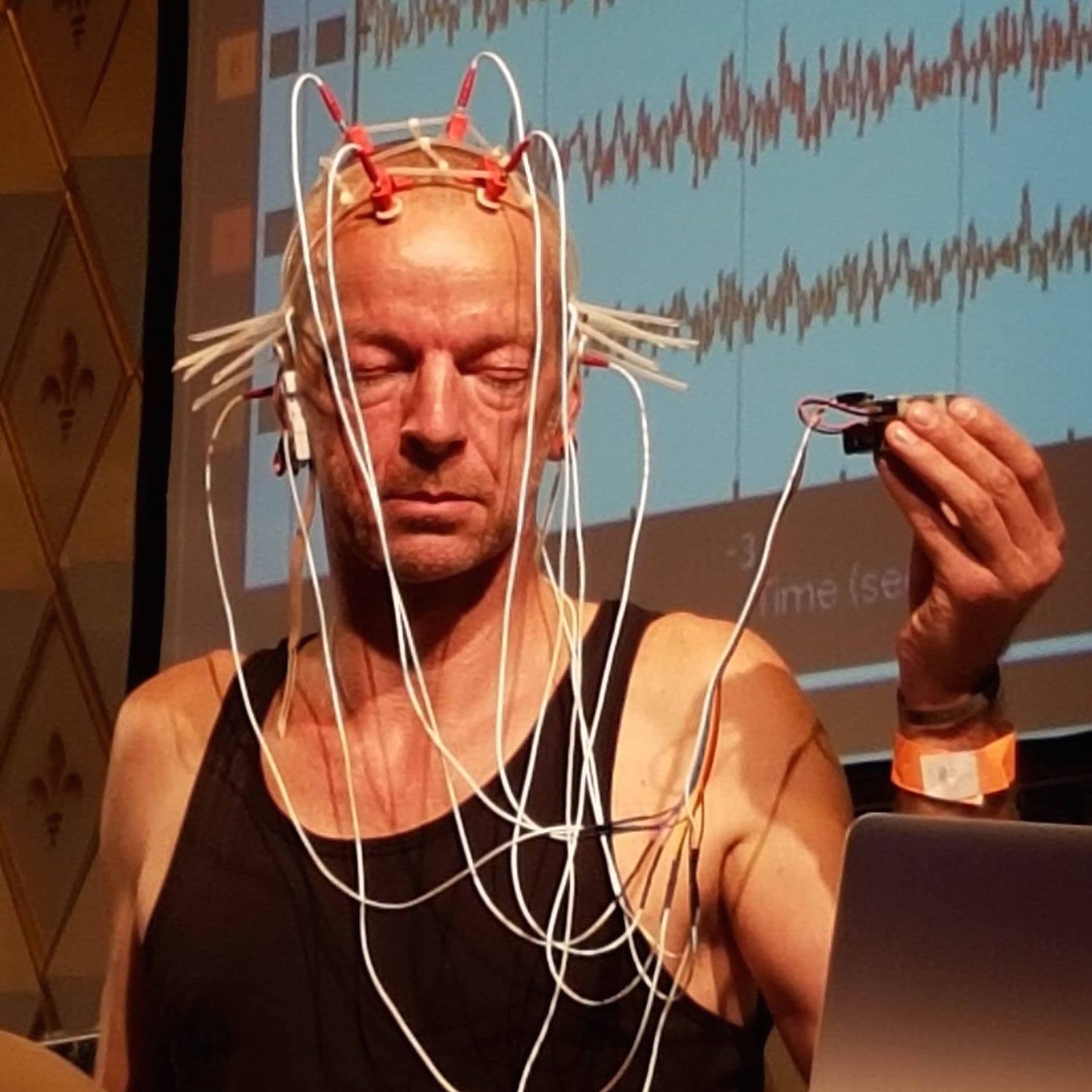 There were many amazing speakers, but one of the more interesting of the bunch, was a man who had managed to hook up his brain to a computer via diodes, and thereby use his mind to to make music directly in a computer program. The different sounds were triggered by expressions in his face, as well as his state of being (relaxed, tense, etc…).
Granted, it’s been done before and it’s still quite primitive, but how many times haven’t we had a tune in our mind that we wanted to get out. I can’t count the times where one of us ‘hears’ something in our heads and tries to communicate that to the rest of the band.
We usually end up saying things like “NO NO NO, it’s more of a lemon-yellow sound with a splash of plahhh!!”. What’s scary is that we have gotten to a point in the band, where that would actually make sense, and everybody would know what that riff would sound like. But wouldn’t it be awesome, if we one day could hook up our brains, and simply have that incredible composition that runs through our minds, and have a computer ‘hear’ that and record it? IT would change music, as we know it.

who woulda’ known there was an Abbey Road in Berlin. There is!!!
One of the first Satellite events we went to was at a brand new branch of the Abbey Road studio educational system. A studio, designed to function as a school to teach production and sound engineering. Those were some amazing studios (naturally). They had a grill out, beers and live recording sessions going on.

As we walked in to a mixing studio, we noticed that the engineer sitting at the board, was mixing Queens ORIGINAL tracks. Punching out the snare, the vocals, the bass guitar etc.., as if it had JUST been recorded. He was tweaking Freddie’s voice in ‘solo’-mode and joking around about it, jokingly saying that he had to tweak the vocals coz they sounded a bit 'off', while the room burst out in laughter. Just to be able to hear a queen song being mixed like that, was an incredible experience. 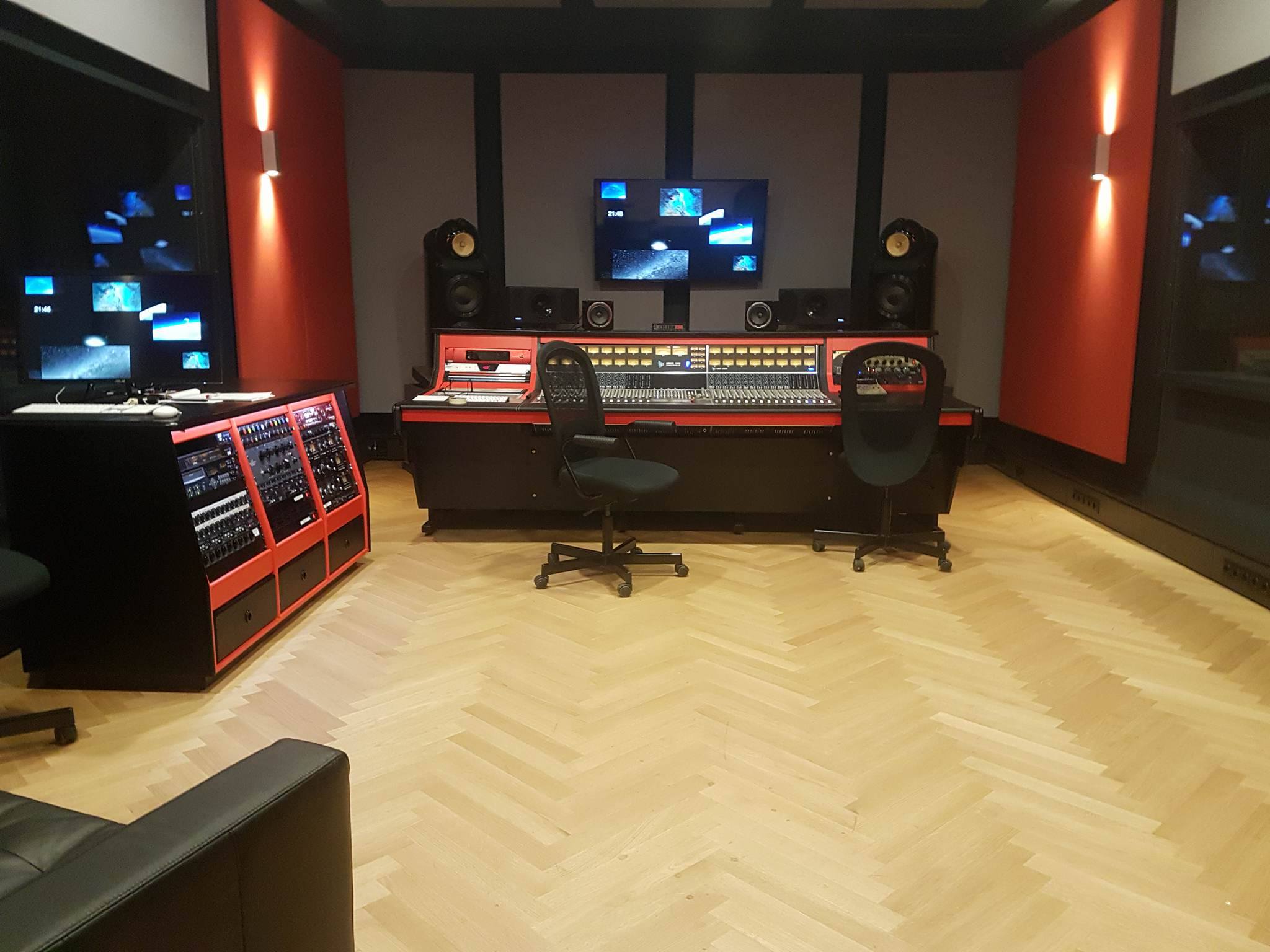 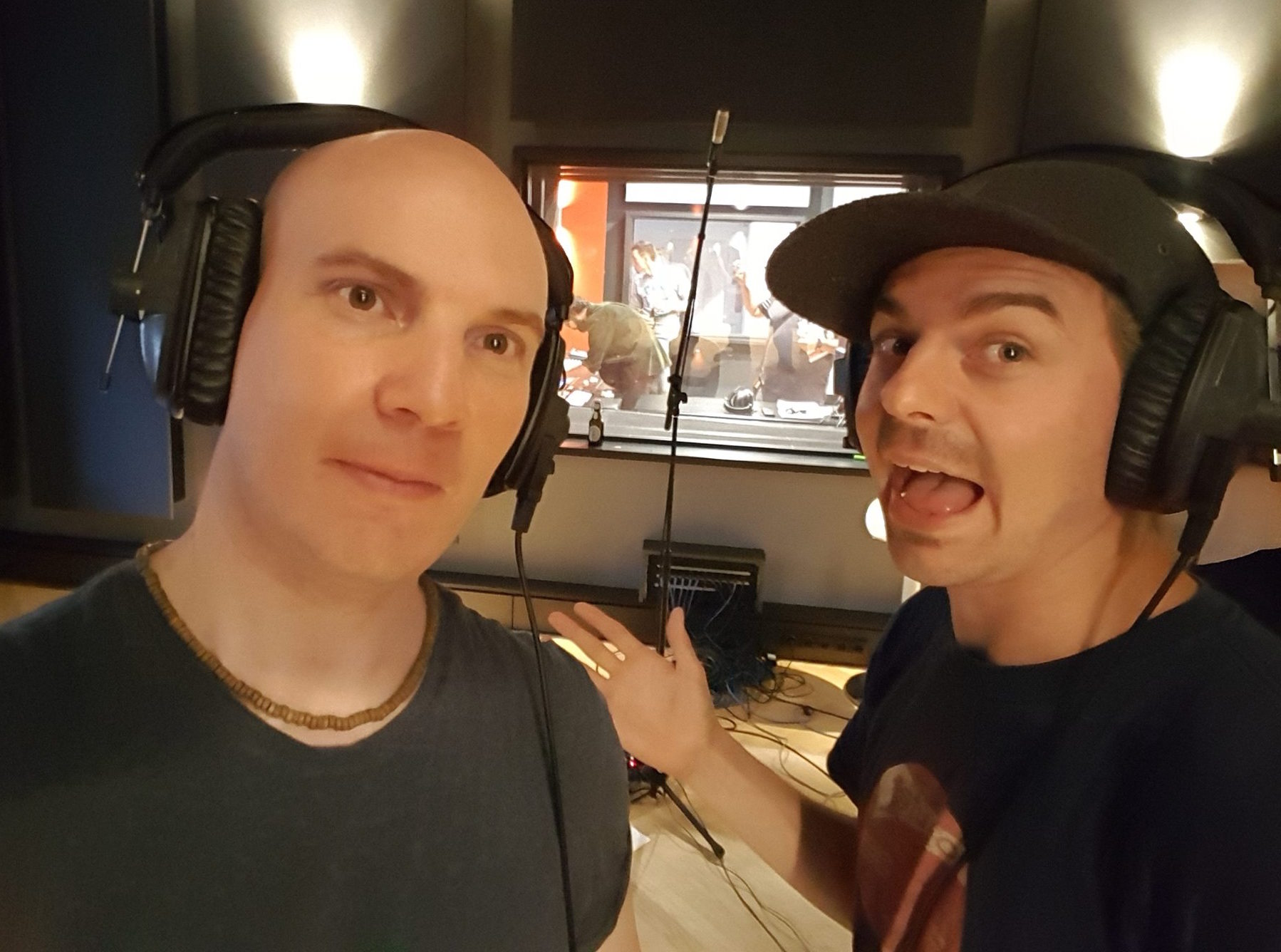 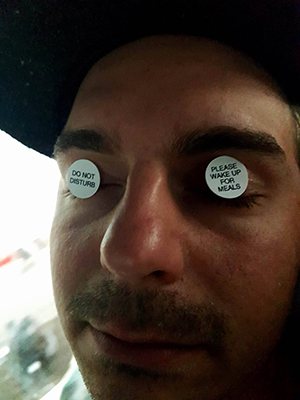 Shortly after that, we went into the next studio, where there was German band doing a live recording session. We were just standing around, checkin’ out this and that, when their producer asked if anyone was interested in recording backing vocals. Everyone in the room cowered away, but Mads and I had our hands up like there was no tomorrow. HECK YEAH!!!! We were gonna record vocals at abbey road!
So next thing we knew, we were getting set up in the recording booth, and were instructed on what and how to sing it. …needles to say we rooooooocked!!! And now we have a memory for life!

All in all, we had a great little trip. It was a perfect little pre-curser to us moving there really soon.

Seeing Berlin in a different light was amazing, but the most amazing thing was speaking to all the incredible people we met. There were so many people with such inspiring lives. We met producers, sound engineers, songwriters, and Music-entrepreneurs. It seemed like everyone we ran into in Berlin was doing something incredible with their lives (granted, we were in the music ‘scene’). It was simply so liberating to realize that there are so many other people just like us in that city. People with dreams, and no social restrictions holding them down, no cultural ideological concept telling them to stay low or be ridiculed for ‘showing off’…Just dreamers trying to turn their dreams into reality!

The more we learn about Berlin, the more we realize it’s the right place for us to expand into! We can’t wait to see what lies ahead! What fun!