FIRST WE TAKE COPENHAGEN THEN WE TAKE BERLIN

So what’s all this talk about Berlin? Well, we are extremely happy to announce that we will be moving to Berlin to follow our dreams!! …well half of us anyway! 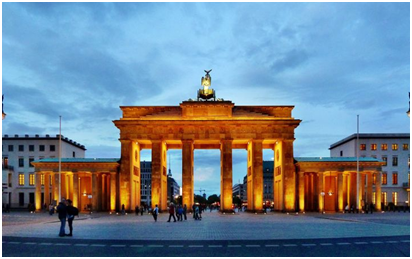 We have been following the careers of some of our fellow musicians, and have noticed that Germany has quite a bit to offer as far as the music scene goes.

Copenhagen has been relatively good to us, although we feel as if we have played pretty much every venue in town about four times, with almost 80 gigs under our belts, and we feel that we need to expand a bit.

There is a real risk of this being a case of ‘the grass is greener on the other side’, yes, but we have noticed that it seems as if Berlin is one of those cities where one can express themself and get heard in a whole different way than they would in other cities. There is a certain ‘vibe’ in Berlin that is hard to match, and even harder to describe.

Mads (guitars) has long been on the path of becoming a full-blown music producer. He has already taken a music production course at a prestigious institute in Copenhagen, and has had quite a bit of hands-on experience.

Recently he has been talking about expanding his knowledge by getting a full degree in music production. Naturally that thought made the rest of the band ecstatic at the prospect of having such an invaluable asset within the band.

This got our gears ticking, and so both Mads and I, started looking for a way to make that dream a reality. We finally came across an amazing university with campuses in Ireland, The UK and Berlin. Namely, The British and Irish Modern Music Institute (BIMM). We subsequently got our act together, and applied for each our respective course. I chose to apply for the Songwriting line, and Mads Applied for the Music production course.

One thing led to another and we were invited to each our auditions in Berlin. We prepared our stuff, did our best, and were later both offered a place in the London and the Berlin campuses as a result. So yes, the appropriate feeling there was WOOOHOOO!!!

After contemplating our choices for a bit, and having seen the success other fellow musicians have had in Germany, combined with the fact that it would be easier to fly the other two guys down for gigs and such, we chose to go to Berlin.

Copenhagen will still be a sort of ‘home base’, especially for me personally, and we shall still be performing in Denmark from time to time, but the whole idea is to allow the band to stretch out to new places and new venues. This way we can play gigs in Berlin, and not have to worry about accommodation etc.

Tickets to berlin are real cheap, so the travel expenses would be minimal, and no cause for concern at all. I also personally plan on returning to Copenhagen as often as possible.

To tell the truth, we are all EXTREMELY excited to see what lies ahead.

Just the opportunity to expand our music network in a city like Berlin, may allow us to get our music in front of musicians and industry people that would otherwise be impossible in Copenhagen.

There is no doubt that it will be difficult, and as cliché as it may sound, nothing worth doing is easy!. And I’m sure it will boost the band, our creativity, our network and especially our skills!!! Most importantly, our lives will be all about music, which is our passion …and what is life without passion? 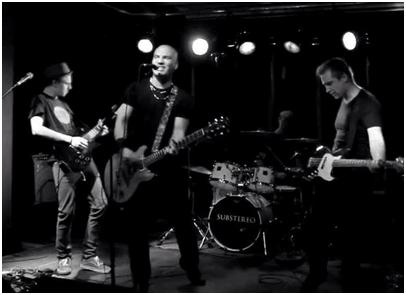